Home > Are Memories Stored in Synapses? Evidence from Aplysia

Are Memories Stored in Synapses? Evidence from Aplysia

How do our memories persist more-or-less unchanged for years, decades, and, at least in some instances, for a lifetime? The prevailing hypothesis in neuroscience, the synaptic plasticity hypothesis, holds that consolidated long-term memories are stored as stable alterations in the efficacy of synaptic connections. But recent results from our laboratory using a simple invertebrate model, the marine snail Aplysia, have raised questions about this hypothesis. We have found that the maintenance of long-term memory (LTM) does not appear to depend on the persistence of specific synapses induced during learning; rather, it depends on ongoing DNA methylation. In addition, we have found LTM can be restored following disruption of its consolidation of LTM by posttraining inhibition of protein synthesis, which also blocks induction of learning-related synaptic plasticity.  Finally, we have succeeded in transferring components of LTM from trained to untrained animals by injecting RNA from trained animals into naïve ones. This apparent transfer of LTM can be blocked by inhibiting DNA methylation. Our results challenge the synaptic plasticity hypothesis of memory storage. 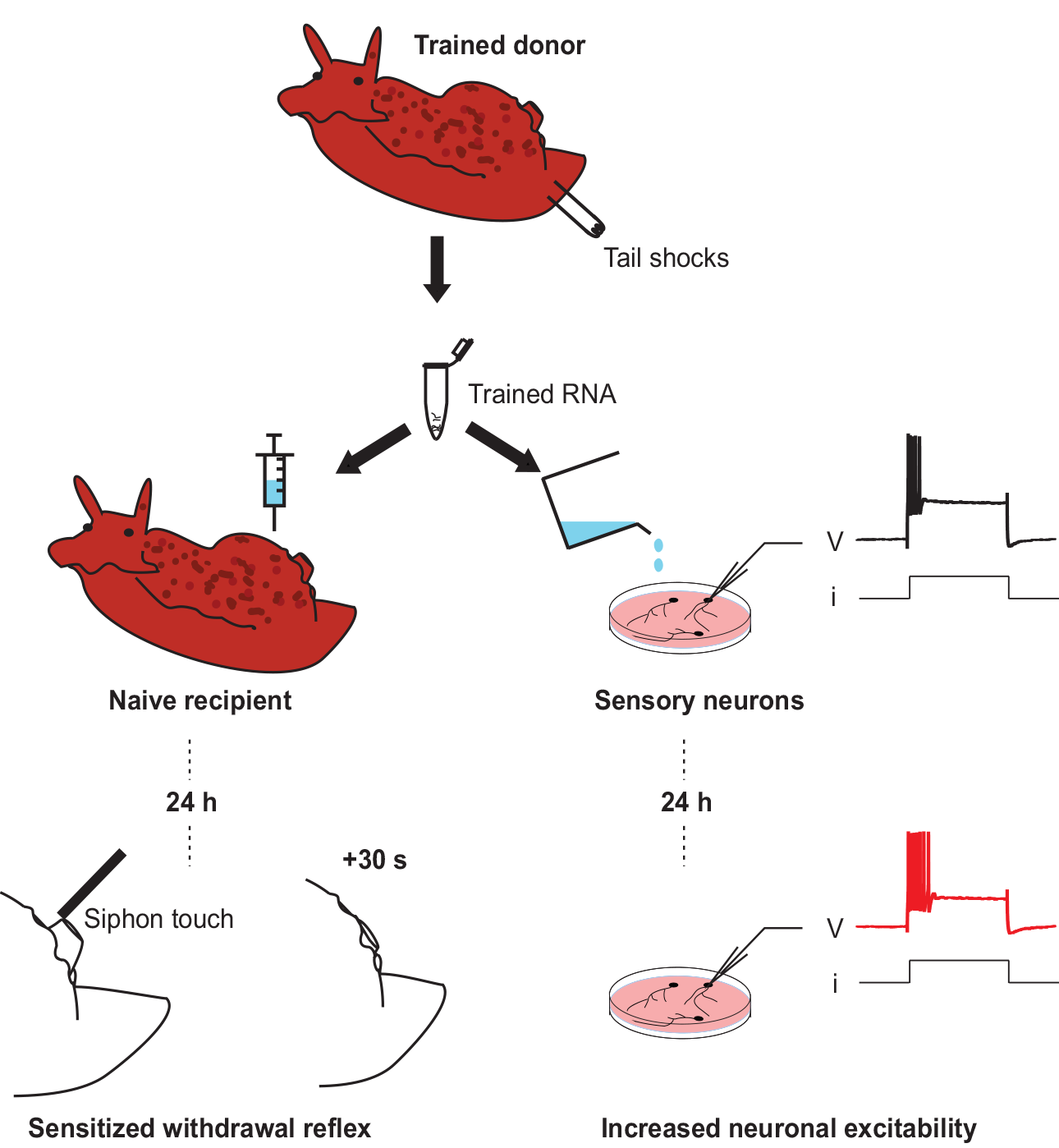