Paralysis is the leading cause of disability worldwide for which there are no FDA approved therapies available. Curing neurological disability to restore function ultimately requires either repairing damaged neural circuitry or recruiting intact, circuits to take on new function(s). Our research goal is to identify molecules that can be recruited toward both these strategies. To identify such candidate molecules, we investigate developing circuits to identify the molecular mechanisms that control their appropriate assembly and recruit these molecules in a systematic manner toward appropriate forms of nervous system repair.

Our current focus is the corticospinal circuit, which connects the cerebral cortex with spinal circuits. It is the principal motor system responsible for voluntary movement and hence has significant clinical interest. We have identified novel genes that control development of specific aspects of its complex connectivity (Figure 1). We now aim to test these candidate genes toward specific forms of corticospinal circuit repair. 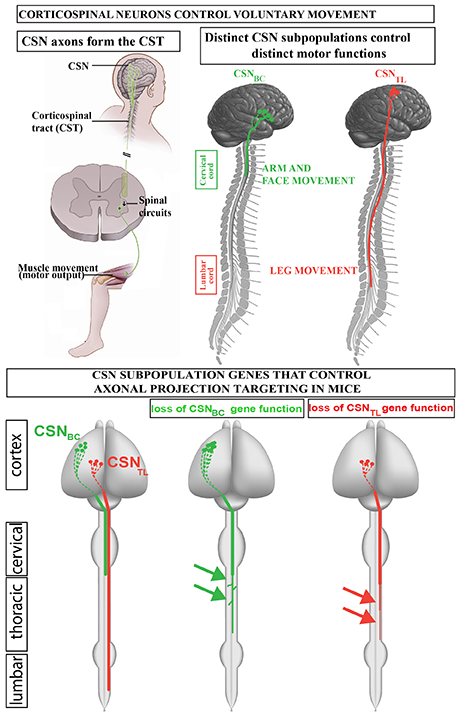